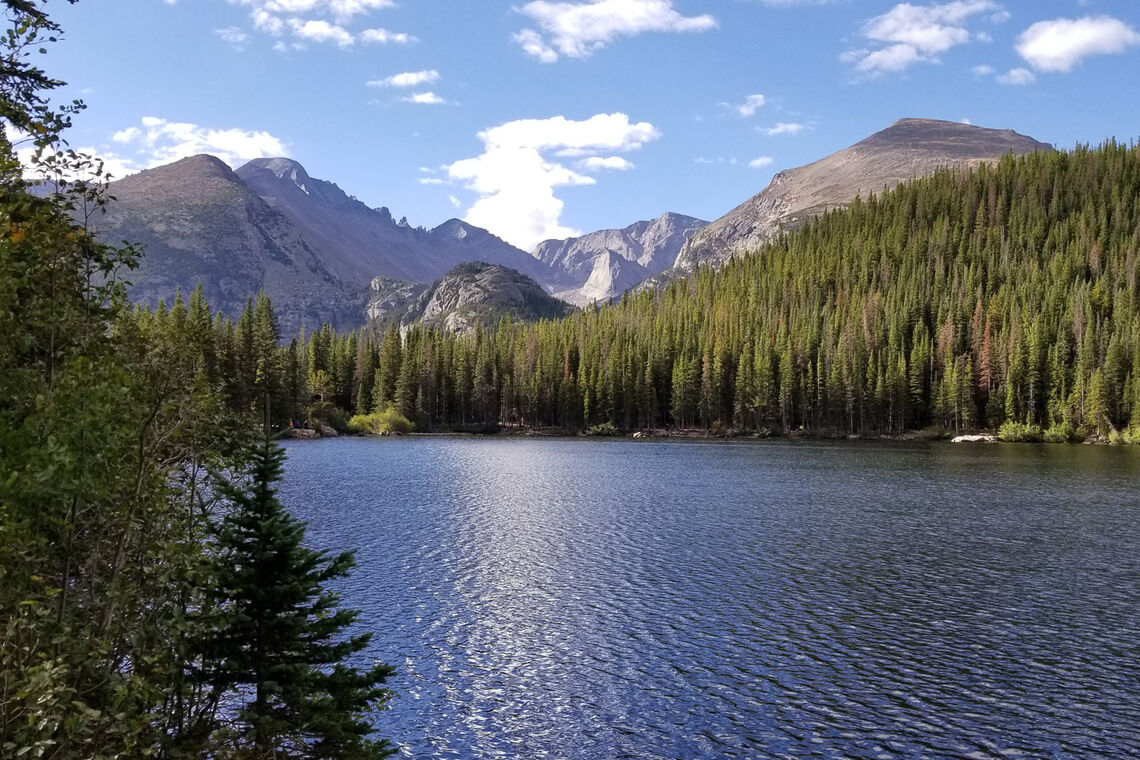 From April 17-25, parks around the country are offering special programs, events, and digital experiences. With over 400 parks in the US, there has never been a better time to #FindYourPark.

In celebration of National Park Week, we spoke with GWWO team members to learn about their most memorable experiences working in and visiting parks across the country.

"When I was 12 years old, my parents allowed my sister and me to choose our family vacation destination. I was a student interested in history and had just spent time learning about the civil war, so Gettysburg was at the very top of my list. We loaded up the car and made the trip from Michigan, stopping in Washington, DC to see some museums and memorials on the National Mall. If you had told me then that I would support the NPS on projects at Gettysburg National Military Park and work on projects at the Thomas Jefferson Memorial and the WWI Memorial, I would not have believed that could be possible." –John Gregg

"Seeing the Grand Canyon in any capacity is awesome, but being able to experience the diverse flora, fauna, and landscape of the Grand Canyon from top to bottom (and back to top!) was unbelievable. My husband and I are looking forward to seeing it all again on our upcoming rim-to-rim hike." –Sharon Day

"When I was 10 years old, my sisters and I tagged along with my father's geology field camp class on a cross-country trip out west. We drove from North Carolina through the southwest making it as far north as Crater Lake National Park in Oregon. The trip's highlight was climbing Mt. Lassen (el. 10,463') in Lassen Volcanic National Park. I remember reaching the peak after a 2+ mile hike straight up into the thin air and feeling like I could see the entire world laid at my feet. I still carry vivid memories from that hike and will always appreciate the National Park Service for making this and other beautiful natural resources available to anyone in the world." –Eric Feiss

"Waking up at 4 am to hike Bearfence Mountain in Shenandoah National Park and watch the sunrise was an amazing experience I'll never forget." –Kate Bradley

"Acadia National Park is so beautiful, peaceful, and has a variety of things to see! I just loved how Maine was so low-key in general, much different than our day-to-day life." –Danielle Peters

"Watching the dawn sunrise over the Chisos Mountains in Big Bend National Park as friends hosted an intimate wedding on their favorite trail was an unforgettable experience. (Virgin) roadside mimosas afterward, too!" –Evan Greulich

"My experience at the Gulf Islands National Seashore while surveying a World War II CRF/BCS Tower associated with Battery 234 was unique. In one trip I experienced a flyover by the Blue Angels, observed my first armadillo, enjoyed the sunset over the Gulf of Mexico, was stranded in Florida due to a northern snowstorm, was hoisted to the top of the tower in an 80' lift, and found a great travel companion in a structural engineer who became a GWWO colleague." –Brian Weisgerber

"My favorite parks from childhood were Everglades National Park and Denali National Park & Preserve. We lived near Everglades and would often visit when I was a toddler. I loved running on the boardwalks and the proximity to real, live alligators. We visited Denali in 1994, and even though we were there for a few days, we never saw the peak! We went white water rafting, took an 8-hour bus tour, saw caribou, and explored the park. I loved it, and I can't wait to visit again someday and actually see the peak. However, my favorite NPS project that I've worked on has been the roof repair and restoration at the Thomas Jefferson Memorial because it's been such an interesting challenge from an architectural conservation perspective. I love driving by it when I travel to Washington, DC or Virginia and watching the progress as it gets repaired and cleaned and the scaffolding comes down!" –Lindsay McCook

"The walk up to and magnificent view from Clingmans Dome at the Great Smoky Mountains National Park in Tennessee is a favorite memory of mine!" –Lisa Andrews

"In 1998 I climbed several mountains in Washington, including The Brothers peak in Olympic National Park. If you’re out west, I highly recommend it." –Brian Minnich

"My family and I recently visited Rocky Mountain National Park exactly 30 years after I first visited with my brothers and sisters. Sharing the same experiences I had as a child at Bear Lake and Glacier Creek with my own daughter was truly special."
–Scott Moir

Since 1916, the National Park Service has preserved unimpaired the natural and cultural resources and values of the National Park System for the enjoyment, education, and inspiration of generations. GWWO has been proud to serve the NPS since 1990 and to play a part in telling many of our nation’s stories: the penning of our National Anthem; the brutal battles of the Civil War from Petersburg, to Monocacy, to Gettysburg; the heroism and selflessness of Harriet Tubman; the westward expansion spurred by the Homestead Act of 1862; the bravery of the sons and daughters that served in the Great War; and accounts associated with the presidencies of Washington, Lincoln, Jefferson, and others. We’re grateful for the opportunity to preserve and protect these important spaces and places. John Gregg recalls “Recently, I was touring a few intern architects around the Fort McHenry Visitor Center and while standing off to the side, I noticed a group of elementary students watching the center’s film. At the film’s conclusion, with the National Anthem playing, the screen rises, and a view of the fort is revealed. Filled with excitement, the students jumped to their feet and ran to the window to see. What an awesome thing to witness…to know the impact that your project has on the next generation.”

A Time and a Place: Telling American Stories Through Architecture

by Kiersten Howe
See More
See All News & Insights
Sorry, your browser is out of date
The web browser you are using is too old to view this site. Please update your browser or use Internet Explorer 11 or the current version of Microsoft Edge, Firefox, Chrome or Safari. Thank you!