A Time and a Place: Telling American Stories Through Architecture 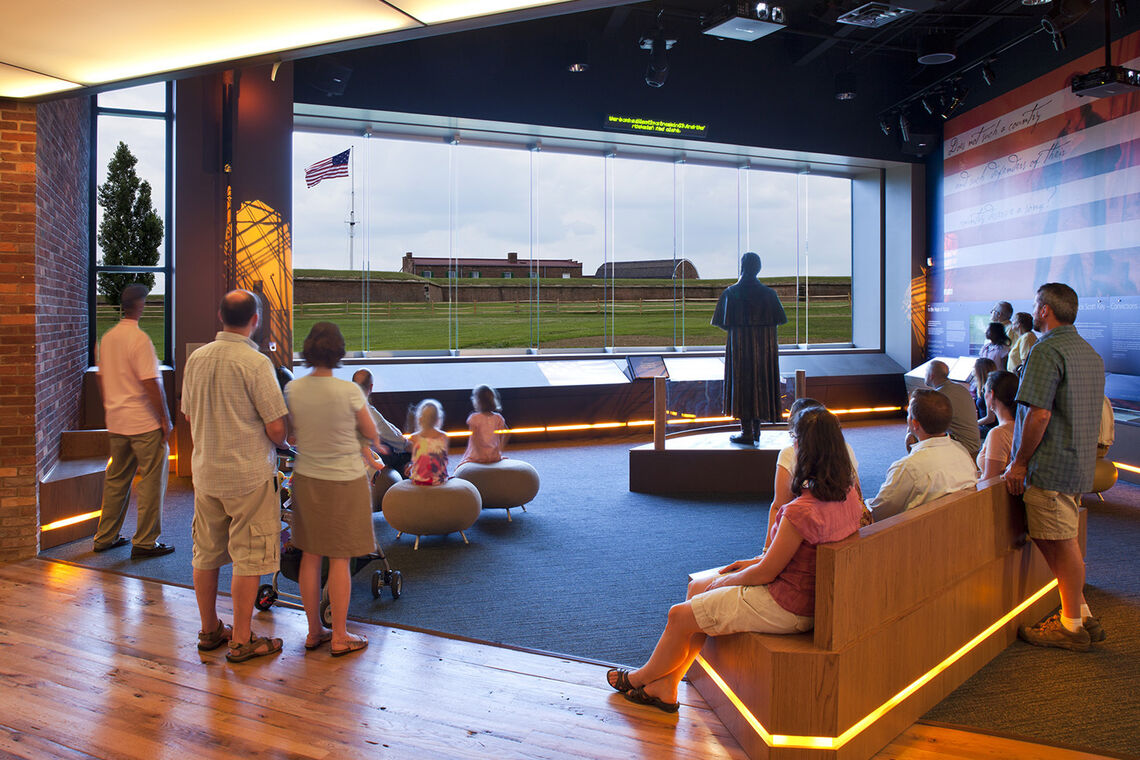 As the United States enters the year 2026, it will commence celebrating a cycle of Sestercentennials, or 250th anniversaries, of historic and cultural events across the land.

These anniversaries commemorate events dotting the American landscape and calendars, reminding us of national achievements, tragedies, and triumphs that continue to shape our identity and values.

Formally, our country dates to 1776, when thirteen Atlantic colonies united and struggled for independence from the English monarchy, which then led to an expanding Union that fought a brutal Civil War. During that first century, the great westward expansion by explorers and pioneers toward the Pacific deposited settlements and towns that developed into places and cities across the nation.

Whether rural or urban settings, all these places have unique stories and traditions, and over time, they contribute to our collective identity. When shared with the greater public, these historical accounts provide crucial context to the various struggles faced by people in the past. This fosters a greater appreciation for the difficulties and circumstances of that specific place and time. Perhaps this reminds us of our human capacity for ingenuity or inventiveness in time of social need or inspires us in our own challenges. This history anchors regional perspective, and at times, shapes our national dialogue.

Just as we commemorate and celebrate military victories, bold discoveries, and great innovations, it is also important for us to acknowledge the painful and difficult stories of sacrifice and suffering like the bloody Battle of Antietam during the Civil War, the civil rights march in Selma, and more recently, the attacks of September 11, 2001. Folding these historical events into the American consciousness shapes our national introspection for decades, centuries, and hopefully, millennia later. Commemorating these often involves memorials or buildings to help cement and preserve these important narratives.

Our work with the National Park Service over the past thirty years has involved telling many of these stories: the penning of our National Anthem; the brutal battles of the Civil War from Petersburg, to Monocacy, to Gettsyburg; the heroism and selflessness of Harriet Tubman; the westward expansion spurred by the Homestead Act of 1862; the bravery of the sons and daughters that served in the Great War; and accounts associated with the presidencies of Washington, Lincoln, Jefferson, Truman, and others.

These endeavors, however, require careful planning years in advance of large anniversaries and associated events to secure funding, engage the public, and allow the planning and design team time to research and fully immerse themselves in the history and place. Considerations include siting of structures, providing public access, and understanding the genius loci or spirit of the place to deliver a comprehensive interpretative experience. It also involves inventorying cultural artifacts and utilizing appropriate technologies and various media to effectively communicate this information through site tours, exhibits, and talks.

Ultimately, our mission is to assist in telling the story of a place through site and architecture that will resonate for generations. It is to educate not just through textbooks, images, and virtual media, but through a tangible, sensory experience, leaving visitors young and old with the thought that something special happened here.

by Kiersten Howe
See More
See All News & Insights
Sorry, your browser is out of date
The web browser you are using is too old to view this site. Please update your browser or use Internet Explorer 11 or the current version of Microsoft Edge, Firefox, Chrome or Safari. Thank you!