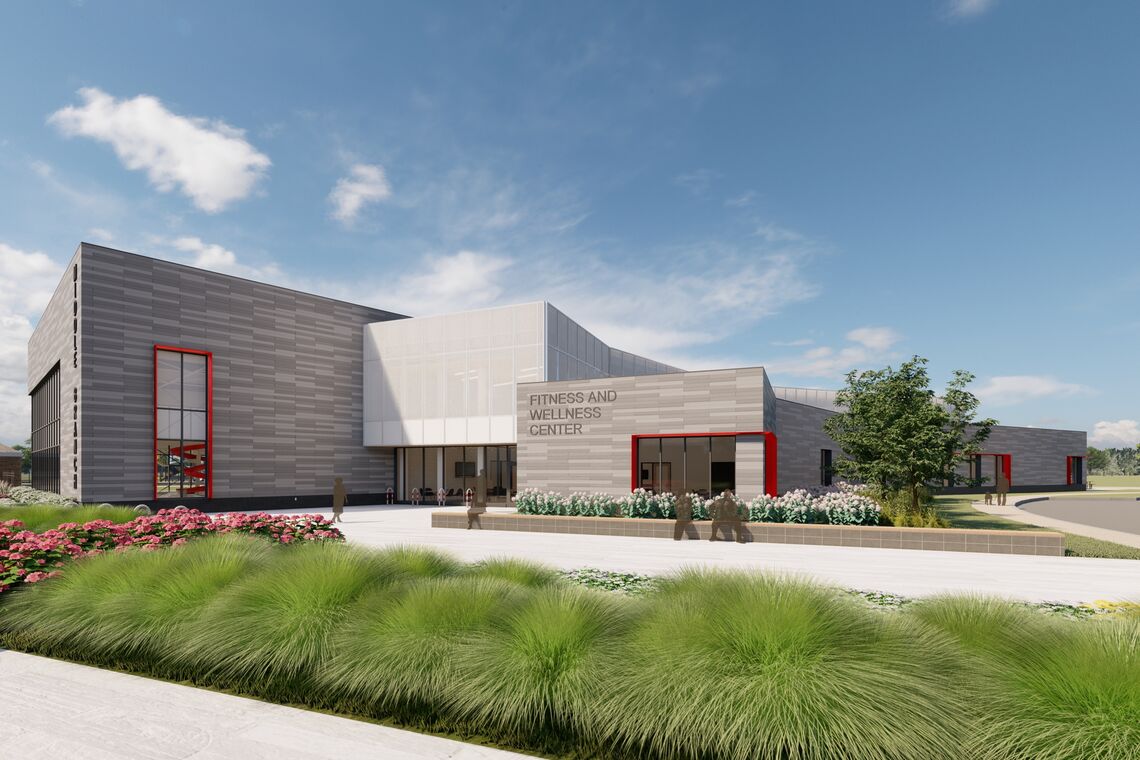 Today’s recreation centers are more than just spaces to work out. When designed with a focus on the facility’s users, they can foster and grow connections within the community. Through an inclusive design process, two new recreation and wellness centers in Baltimore, Maryland are well-positioned to become cornerstones of their communities.

In a city with a population of just over 600,000, Baltimore City Recreation & Parks (BCRP) manages over 262 parks, 44 recreation centers, 23 pools, 121 playgrounds, and more across 4,700 acres of parkland. As referenced in their strategic plan, they are guided by a vision “to build a stronger Baltimore one community at a time through Conservation, Health & Wellness, and Social Equity.” Supporting this vision was a critical part of the design process for the new Cahill Fitness & Wellness Center and Middle Branch Fitness & Wellness Center. In lieu of creating identical facilities, the design team employed a story-based design approach that embraced the individual programs and places to allow each community to make it their own.

To succeed, BCRP and the design team partnered to make each community an integral part of the design process. Through a series of meetings, solid relationships were built via a continual feedback system. Each meeting began with the design team’s recommendations, including the incorporation of the community’s input from the previous meeting, followed by the solicitation of additional feedback. Strategies to solicit meaningful feedback included stakeholder interviews, preference surveys, and group activities to make sure every voice was heard. As wishlists are long and budgets limited, tradeoffs were often presented to remain within budget and assure the project’s eventual construction. Understanding what was most important to the community, not just the loudest in the room, helped to shape new programs for each of the facilities.

Located in West Baltimore, Gwynns Falls/Leakin Park is Baltimore’s most extensive park. Opened in 1972, the current Cahill facility was built as a traditional recreation center. However, Cahill is different in that it houses a thriving youth-based theater program that has been unable to grow due to the restraints of their current facility. Relegated to a stage within a gymnasium for years, the community desired a performance space that was worthy of the talent housed within. To incorporate a large performance space and ensure the facility remained in budget and of comparable size to others within the city, a highly efficient floor plan was devised. Open fitness space is programmed within the central circulation corridor to save space. By putting fitness on display, this organization serves a secondary benefit of inspiring users as they see others working out. By evaluating each aspect of the program in relation to the community’s needs, the new Cahill Fitness & Wellness Center will be the only BCRP facility with a performance theater.

Cahill’s site, a clearing in the middle of a densely wooded area, also required a different design approach from its urban counterparts. Embracing its unique location, the project breaks from tradition and adopts a natural form that is designed to fit within the current tree landscape. By minimizing the number of trees to be cut, this highly valued urban oasis is preserved, and costs are minimized. Exterior materials including wood and glass curtainwall help the facility blend into its surroundings and create enclosed spaces and clearings that define areas within the building. Carefully planned views out help users to constantly engage with nature throughout their visit.

“Through extensive community outreach and collaboration, we’ve designed projects at Cahill and Middle Branch that will meet the recreational needs of those communities for many years to come. Both of these fitness and wellness centers reflect BCRP’s vision for modern recreation while striving to develop a sense of community amongst previously divided neighborhoods.”

Nine miles away from the Cahill site, Baltimore’s Cherry Hill is a residential community located along the Patapsco River in the southwest corner of the city. Reedbird Park is a 33.9-acre park on the southeast side of the neighborhood along the Patapsco River and the site for the new Middle Branch Fitness & Wellness Center. The site and community also played an extremely important role in the development of the facility concept. Located at the terminus of the Gwynns Falls Trail, a 15-mile urban hiking and biking trail, the site serves as a connector within the community and Baltimore. As such, the design team capitalized on this concept, creating a nexus that fosters connections within the Cherry Hill community and greater region.

An iconic beacon formed by two volumes—one high, one low—joined by a translucent nexus, the building links the community to Reedbird Park and the Gwynns Falls Trail by creating a pedestrian axis that transitions users from the end of a city street and urban context to the park and trail. This active connection transports users via an open and light-filled central circulation space. All programs, from open fitness areas to the teen lounges, are accessible from this central core, allowing for easy wayfinding and promoting inclusivity among those of all ages. Community classroom spaces, including flexible maker space with an adjacent outdoor classroom, anchor the north and south ends, drawing users through the facility to the park.

The project’s big idea was further advanced by the programmatic desires of the community. This neighborhood coveted something outside of the typical BCRP recreation center program: a safe year-round walking and running space for those of all ages and abilities. As a result, the indoor track became central to the project’s design as an opportunity to further promote collaborations and connections by linking all spaces together. Accessible via a sprint track, stairs, or elevator, the new track encircles the gymnasium, lounge, and fitness spaces and provides views to all interior programs as well as the surrounding park. The track combined with the central nexus (fitness, lobby, and circulation space) becomes a community gathering space where fitness and wellness programs collide with community and educational programming.

When designing recreation and community centers, whether it’s a minor renovation or new facility, it’s imperative to consider each facility’s users. While a one-size-fits-all approach may be seen as a way to provide equality, equity can be found in other ways. Through an inclusive planning and design effort focused on the individual programs and places of the Cahill and Cherry Hill communities, each community will benefit from a new facility that is specifically designed for them. This will result in facilities that put each dollar and square foot to its best use, promoting programmatic spaces that are valued most by the residents. “Through extensive community outreach and collaboration, we’ve designed projects at Cahill and Middle Branch that will meet the recreational needs of those communities for many years to come,” says Adam Boarman, RLA, Chief of Capital Development at BCRP. “Both of these fitness and wellness centers reflect BCRP’s vision for modern recreation while striving to develop a sense of community amongst previously divided neighborhoods.”

Featured in the November 2020 issue of Parks & Rec Business.

Community Engagement: The Actualization of Input

by Kathy Speicher Melluish
See More
See All News & Insights
Sorry, your browser is out of date
The web browser you are using is too old to view this site. Please update your browser or use Internet Explorer 11 or the current version of Microsoft Edge, Firefox, Chrome or Safari. Thank you!