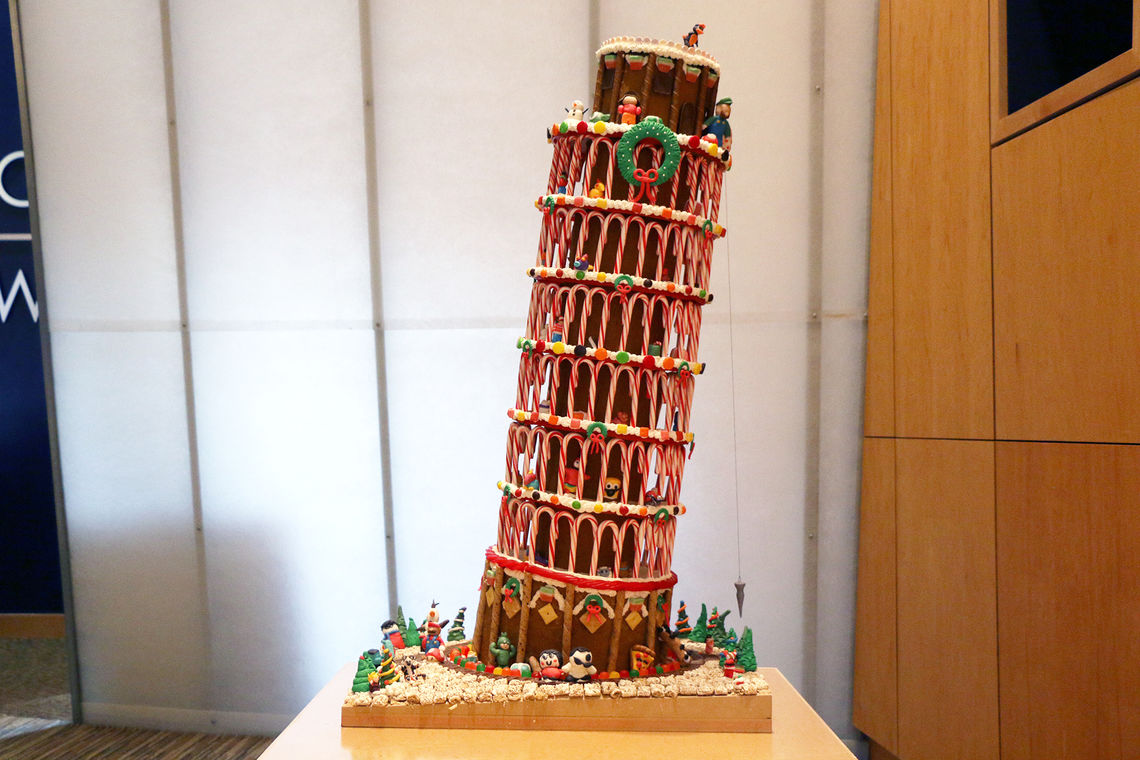 This year, for the Kennedy Krieger Institute’s 30th annual Festival of Trees, GWWO created an elaborate gingerbread design modeled after the iconic Leaning Tower of Pisa.

Festival of Trees is a three-day holiday-themed event that raises funds for the programs at Kennedy Krieger Institute in Baltimore and features over 700 spectacularly decorated holiday trees, wreaths, and gingerbread houses created by members of the community. It’s become a tradition for us at GWWO to participate and spread holiday cheer to both our employees and the greater community.

In order to create our replica of the Leaning Tower of Pisa, careful measurements were taken prior to baking the gingerbread, which was then carefully cut and assembled. The tower was then strategically decorated with frosting, candy, and many fondant figurines created by staff members, ranging from Christmas trees, wreathes, snowmen, and elves, to italian foods and well known characters including the Baltimore Oriole, the Natty Boh and Utz girl, SpongeBob SquarePants and Patrick Star, Mario and Luigi, Dora the Explorer, Where’s Waldo, and Santa Claus (of course).

At the event, our gingerbread tower took home the Chairman’s Choice Award, recognizing our entry as being among the best designs at this year's event! What's more, the event raised more than $1.1M for the children and families of the Institute! In addition, everything that was created and not sold is being used as decorations in their hospitals and schools, or donated to other local non-profit organizations.

Now in our 12th year of participating, GWWO has designed many gingerbread “houses” modeled after several famous and well-known buildings. Past creations have included the Eiffel Tower, M&T Bank Stadium, Pratt Street’s PowerPlant, World Trade Center Baltimore, Bromo Seltzer Tower, and the Patterson Park Pagoda. We look forward to coming up with our next gingerbread masterpiece next year!

Terry Squyres Named to Maryland Food Bank's Board of Directors