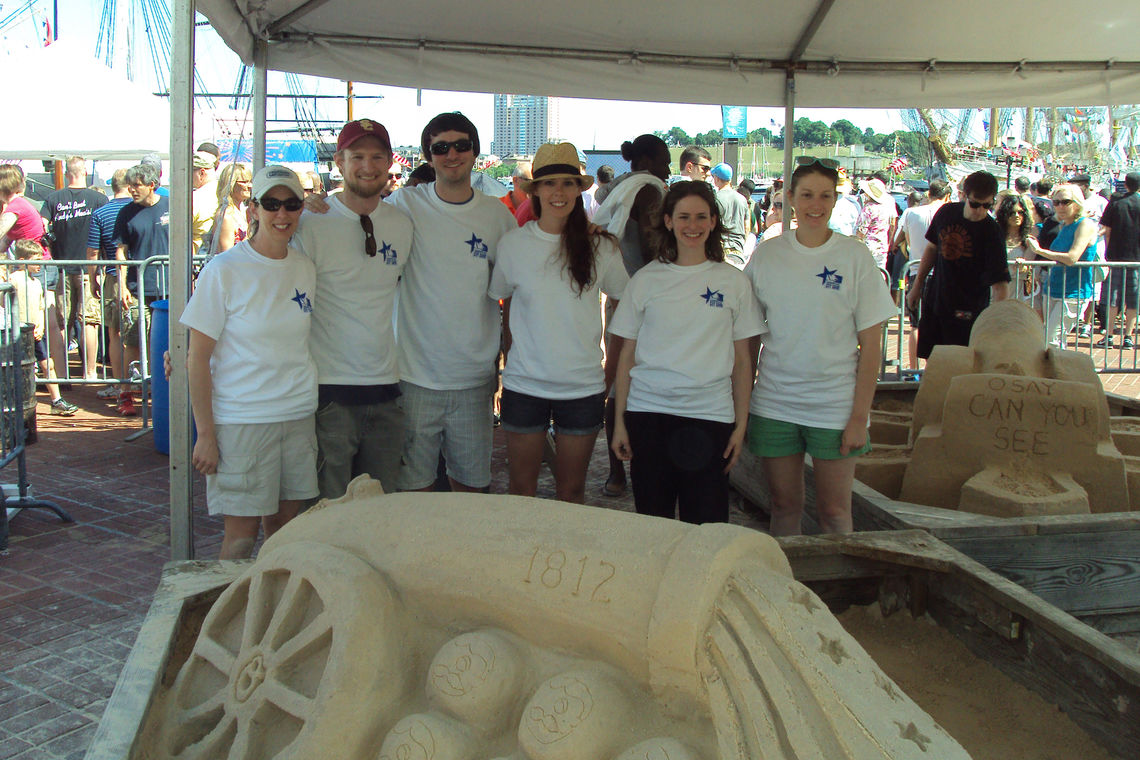 Members of the GWWO team get down in the sand each summer for the annual City Sand competition in Baltimore’s Inner Harbor, hosted by the Baltimore Architecture Foundation. In keeping with the “Sailabration Celebration” theme of the weekend, the 2012 sand competition was centered on the bicentennial celebration of the War of 1812.

Sharon Day, Sarah Gratz, Mandy Palasik, Ryan Jordan, Patrick Fava, and Linda Durand worked diligently to sculpt the scene of a 19th century cannon blasting out an American flag, using only sand and water. The team added a Baltimore Orioles “O” to incorporate the “Star Spangled Banner’” famous line, “O say can you see,” as well as the face of “Boh,” Baltimore’s National Bohemian beer, on the cannon balls.

The GWWO team was awarded the People’s Choice Award for their creative, Baltimore-themed design. This award was based on the votes of the more than 10,000 visitors to this year’s “Sailabration.” Congratulations to the 2012 City Sand team!

Sharon Day Named President of the AIABaltimore Board of Directors