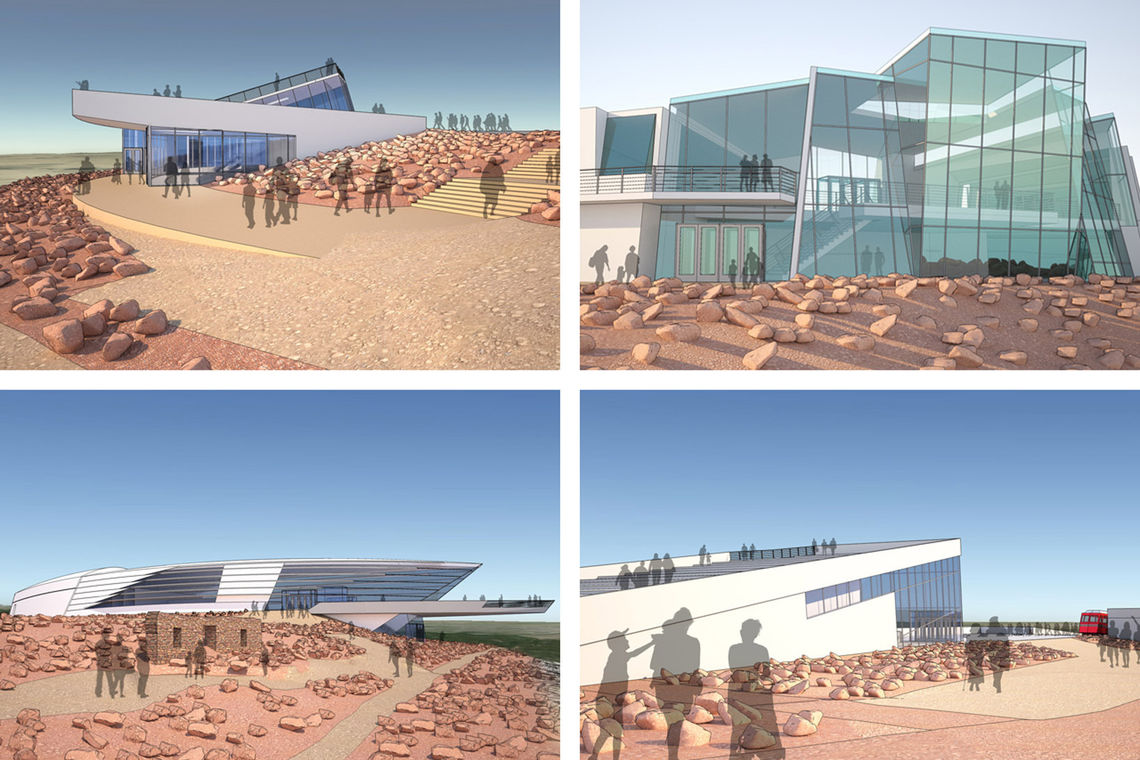 One of the many things that makes Pikes Peak so special is that it is America’s Mountain—the only fourteen-thousand foot high mountain (known as a “fourteener”) that everyone, no matter age or fitness level, can access.

As they are difficult to reach, most fourteeners are only experienced by the select few who are hardy enough to hike to the top, which keeps these summits pristine. Working with RTA, the project’s architect-of-record, our team’s goal for this exceptional project at Pikes Peak is to give visitors the same pristine and untouched experience as those who ascend other fourteeners. Experiencing it as if no one has been there, but yet everyone can get there.

Careful siting and consideration of viewsheds is a primary focus of all of our work. Here at Pikes Peak, the vast sky and majestic neighboring mountains command visitors’ views as they ascend to the top. The building, a destination secondary to the summit, stands in service to the mountain, guiding all visitors to a full-access experience, whether they arrive by foot, car, or the historic cog train. New, engaging exhibits will educate visitors about how the Peak was formed and discovered, as well as its importance in American History. The architecture of the visitor center itself interprets, and thereby accentuates the awe and wonder of the transformative summit experience for all visitors.

Upon approach to the summit, visitors take in the expansive and pristine views, just as Zebulon Pike saw and Edwin James experienced. The only indication that this peak has been touched by man is the understated entry, which emerges from grade and is sited directly between the highest part of the Peak and Mt. Rosa, the location from where Pike viewed the Peak. For those arriving via car, the view to Mt. Rosa is framed in the distance as one enters the Summit House. Visitors can then walk on the roof terrace to take in the view just as James would have years ago. Those arriving via cog train enter the Summit House and ascend a grand stair to bring them to the top of the Peak. The one story scheme is built into the mountain top on the southeast corner of the site, away from the Peak’s most dramatic view sheds, and is essentially a non-building. 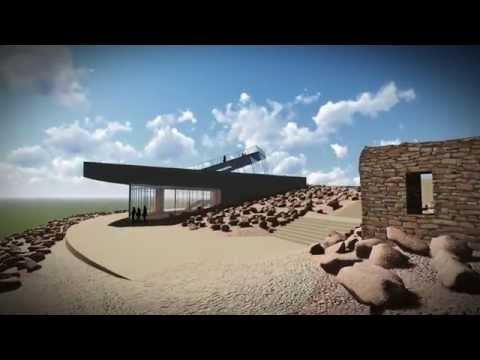 Reminiscent of the crags and rock formations found above the tree line, the design of this option uses shade, shadows and fragmentation to blend into the Peak. As a two-story form nestled into the northeast side of the mountain, it is minimally impactful on the land. Viewed from below, this option blends seamlessly with the mountain, yet as one arrives at the peak, it is viewed as a clear destination. Upon entering the two-story lobby, visitors are treated to an expansive and spectacular view down the mountain. Those arriving via the cog train will enter on the ground floor of the lobby and be drawn through the building in order to experience the views from both levels. In this option, interpretation and the gift shop are located on the second floor and the dining area, restrooms and support spaces are located on the first floor. 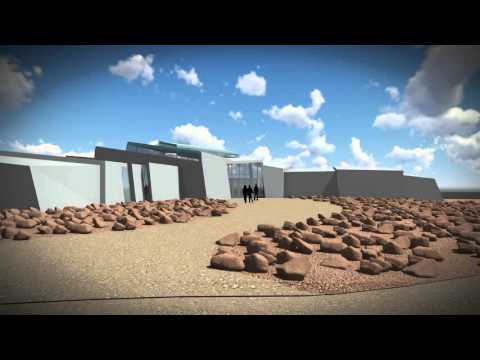 Similar to the flora and fauna that inhabit the Peak above the tree line, option 3 is derived from the natural forces prevalent at the Peak. Like the lichens and tundra vegetation, this option takes full advantage of solar orientation and is shaped to minimize the impact of the unceasing wind. Located on the northeast corner of the site, this aerodynamic structure is clearly a destination. As visitors walk towards the Summit House from their cars they are shielded from the Peak’s most dramatic views, but as they enter on the second level, they are treated to a spectacular vista of the distant mountains. A balcony that extends over the cog approach on the east offers an unprecedented panoramic view. The cog arrives below, dropping off visitors on the first level where they have access to the gift shop and restrooms. The second level houses the dining area and interpretation. 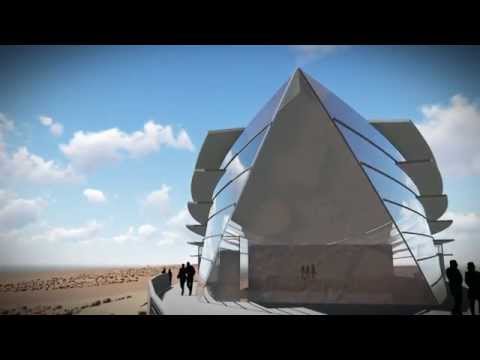 Geomorphology – noun; the study of the characteristics, origin, and development of landforms

Mimicking the way in which the Peak itself was formed, the building forms rise from the surrounding landscape. Located to the north, this option respects critical view sheds to the east and west and is unseen from Colorado Springs. Upon approach, the magnificent view to the north is framed by the two-story lobby of the Summit House and HARL building, focusing one’s attention to the mountains beyond. Experienced in the same manner whether one arrives by car or cog, visitors may choose to visit the actual Peak or take in the aforementioned view prior to entering the Summit House. In addition, visitors are given an opportunity to ascend the roof of the lobby space—essentially the highest point on the Peak—to experience a 360 degree view of the summit. In this option, the gift shop and restrooms are located on the second level with the dining area and interpretation located below. 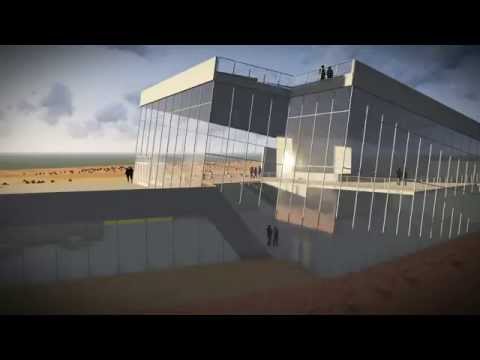 Please note that the options above are preliminary schematics–building materials, aesthetics and landscaping will be added in future concepts. For more information about the Pikes Peak Summit Complex design process, visit www.PikesPeakColorado.com. For details on the chosen design, click here.