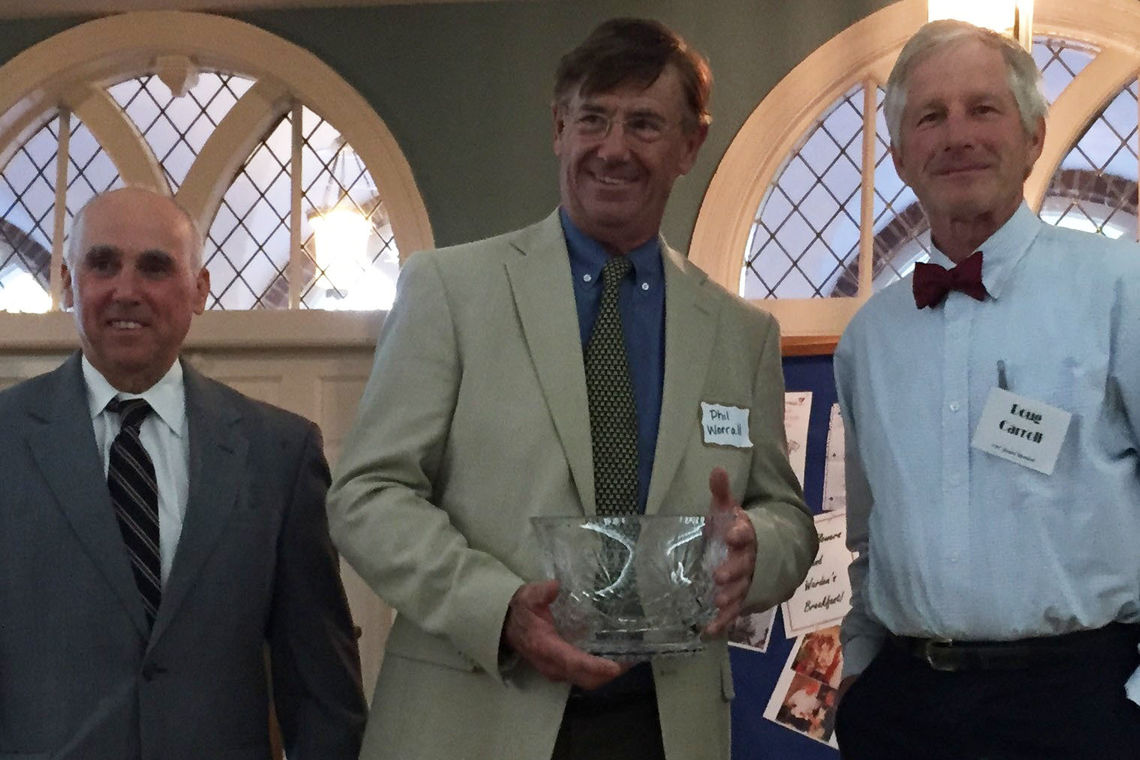 As chairman of the Baltimore County Planning Board, he sought the down zoning of 12,000 acres of agricultural land in 1996, resulting in the re-zoning of more than 9,000 acres. This effort protected the County’s most sensitive agriculture and watershed areas from inappropriate suburban development.

“Phil has been a force for land preservation, often behind the scenes, but creative, persistent and effective” says Doug Carroll, VPC Board Member and Chairman of the McHarg Award Committee. A longtime preservationist, Phil also donated a conservation easement to the Maryland Environmental Trust on his 160 acre farm. He served on the Board of Directors of the Valleys Planning Council from the 1970s through the 1990s. Of his many accomplishments, foremost was the creation of the addendum of the Plan for the Valley, the landmark land preservation plan for Baltimore County, for which he worked closely worked with Ian McHarg’ s firm, the Scottish landscape architect and renowned writer on regional planning using natural systems.