GWWO Projects Through the Eyes of Fifth Graders 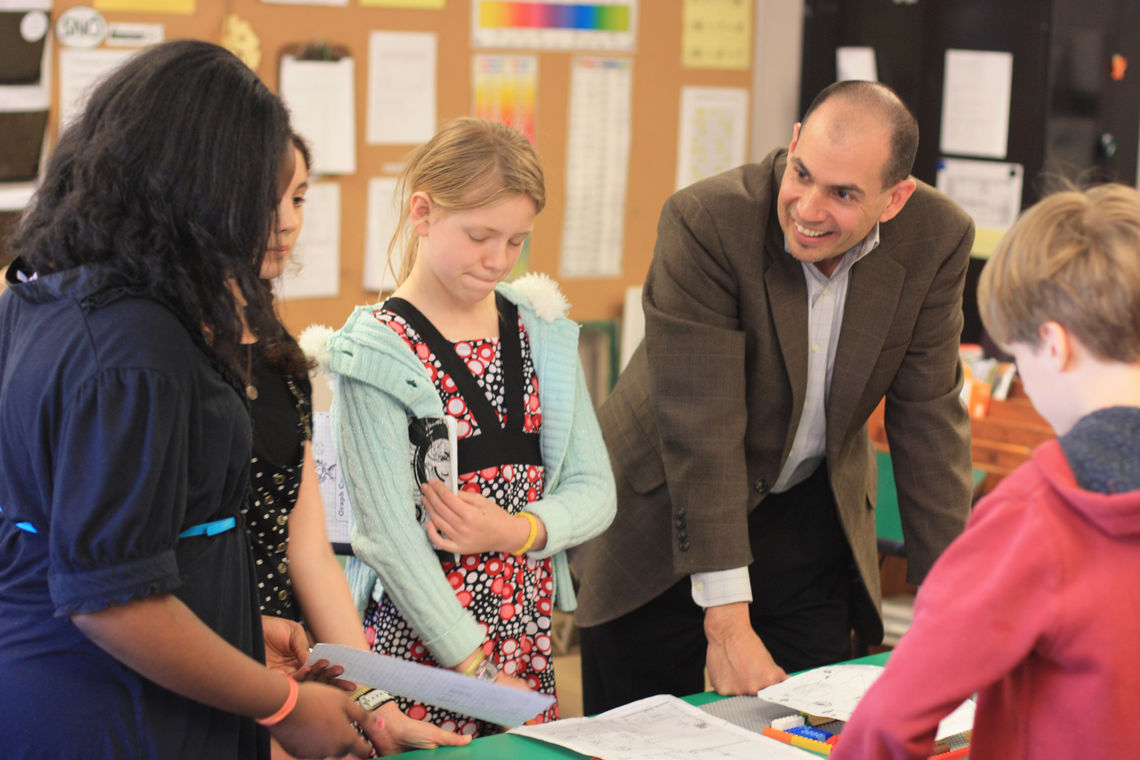 Students from The GreenMount School, a private K-8 school located only steps from our office, visited GWWO to learn about how math applies to architecture from Principal Mark Lapointe, take a tour around our office, and hopefully leave inspired to become an architect.

Knowing that they were coming, and after just reading Alan Reed’s post, “Seen and Overheard at the Port,” I began thinking. We all know that children are the most honest people you will ever meet [cue Bill Cosby’s “Kids Say the Darndest Things” that captured America for three seasons]. So what would this group of fifth graders say when presented with images of our projects? We know what we see, but what do they see? In a world not blurred by sensitivities and niceties, I wondered what our projects really say to onlookers. And I thought, come on, we can take it.

To find out, I pulled together imagery of three of our highly contextual projects – The Cade Museum for Creativity + Invention, the Homestead Heritage Center, and the Port Canaveral Exploration Tower. Starting with the image of the Cade Museum, I asked the students to speak freely and state whatever came to mind, making note that there was no wrong answer. As this was the first image, some of the students were hesitant, but then a few brave souls piped in: “it looks like an upside down brass pot”, “it reminds me of machinery.” Machinery you say, I was impressed. When designing Cade, a museum to inspire creativity and spark invention, our team of architects envisioned the building as a metaphor for the human brain. The building is centered around a common vortex with individual wedge-shaped galleries that grow from its core. Our brains are the most complicated piece of machinery that we’ll ever experience – this kid was spot on. Moving on to the brass pot, the overlapping panels of textured metal on the exterior of the center vortex were designed to be symbolic of ideas and experiences coming together, or you could say a melting pot. Machinery, I get that. Brass, I got that too. Check.

The second image I presented was of the Homestead Heritage Center. This time, thoughts began flying off their tongues: “it’s a ship passing through the sea”, “an arrow”, “it’s a paper airplane”, “a spear”, “it’s a rocket ship getting ready to take off.” It was unanimous; their focal point, as it was for us, was the symbolic upturned roof. Designed for the National Park Service to capture the essence of the American pioneering story, the center was created to appear as if it had grown from the land. The upturned roof is symbolic of sod being turned by a plow, but also creates a recognizable destination for visitors. This time, the connection wasn’t as linear. However, all of the students mentioned the expression of movement, which is a trait expressed in homesteading – through the movement west and the constant movement necessary to farm and sustain the land. These kids were two for two.

Finally, we reached the Port Canaveral Welcome Center, the topic of Alan’s post. As referenced in his post, adults saw a shell, a ship, a rocket, and a surfboard, but what would the kids see? Out of the three images, this was certainly the one that elicited the biggest response: “a tip of a ski”, “a rocket being built”, “the hull of a boat”, “a missile”, “the skeleton of a ship”, and just a plain old “rocket.” These kids were good. As the tower is intended to be a welcome center for Brevard County, including the Space Coast, Cocoa Beach, and one of the largest nature preserves in Florida, the building was designed to produce metaphoric images of many of the ideas the kids had thrown out – including the rocket.

At the end of the exercise, I was happy to report that our design intent was not lost, as each child saw all or part of our intent in their own way. Who knows, maybe we sparked something that will result in the next great architect.

Seen and Overheard at the Port

by Terry Squyres
See More
See All News & Insights
Sorry, your browser is out of date
The web browser you are using is too old to view this site. Please update your browser or use Internet Explorer 11 or the current version of Microsoft Edge, Firefox, Chrome or Safari. Thank you!