Seen and Overheard at the Port 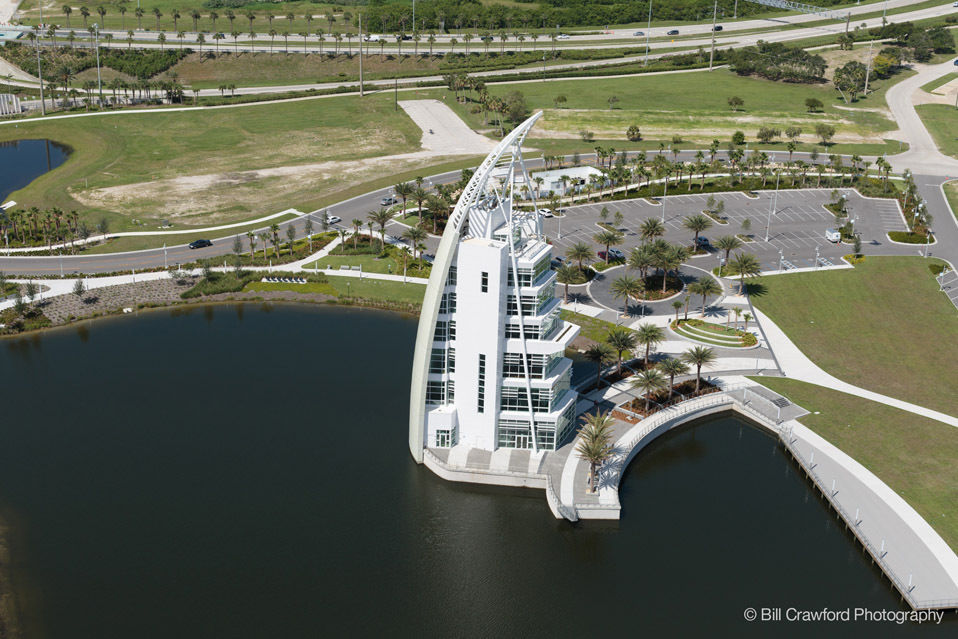 Two of the most exhilarating and rewarding experiences for an architect are when they first “land the job” and when a new building is christened.

These are the times that architects feel like we do make a difference. While I have always believed that architecture, executed correctly, has the ability to enhance people’s lives, I think it’s particularly true in interpretive center design, where a building can contribute to and enhance the story being told.

A few months ago I was in Port Canaveral, Florida for the Grand Opening of the Exploration Tower – a new welcome center we designed for the Port. As is usual for these events, we arrived the night before to make sure everything was in order – after all, we always want our babies to look their best on opening night. The building was all lit up, as there were several installers putting the final touches on the exhibits, which made it visible from highway A1A along the coast. As we arrived, we noticed several groups of people milling about the site, turns out that they had seen the building from the highway and stopped, out of curiosity, to take a look. I know this, because as I walked by a pair of couples, I heard one lady say “it [the south elevation] looks like a shell.” Her comment piqued my interest and, while I’m a bit embarrassed to admit it, I found myself eavesdropping on their conversation. They were indeed talking about the building and various things/images that they saw in its form. At various times they mentioned “a ship”, “a rocket”, and “a surf board”.

The reason their conversation was so interesting to me is that many of the images they were discussing were important to the design. The tower, while primarily associated with the port, is also intended as a welcome center for Brevard County and all that it has to offer: Port Canaveral, the Space Coast, Cocoa Beach, and one of the largest nature preserves in Florida. In fact, the building was designed to make metaphorical references to many of the images being discussed. My new found (at least in my mind) “friends” also mentioned other images: a machine, and the spinnaker of a sailboat for example, which had little to do with our design intent. But that didn’t matter to me. These people were making personal connections to the architecture – thinking about its context and meaning – even without the interpretive piece that happens within. If you are reading this and realize that you were the people I was eavesdropping on, I apologize, but thank you – I can’t think of a more rewarding experience for an architect.